Exploring the Influence of Trade on Agri-Commodity Markets 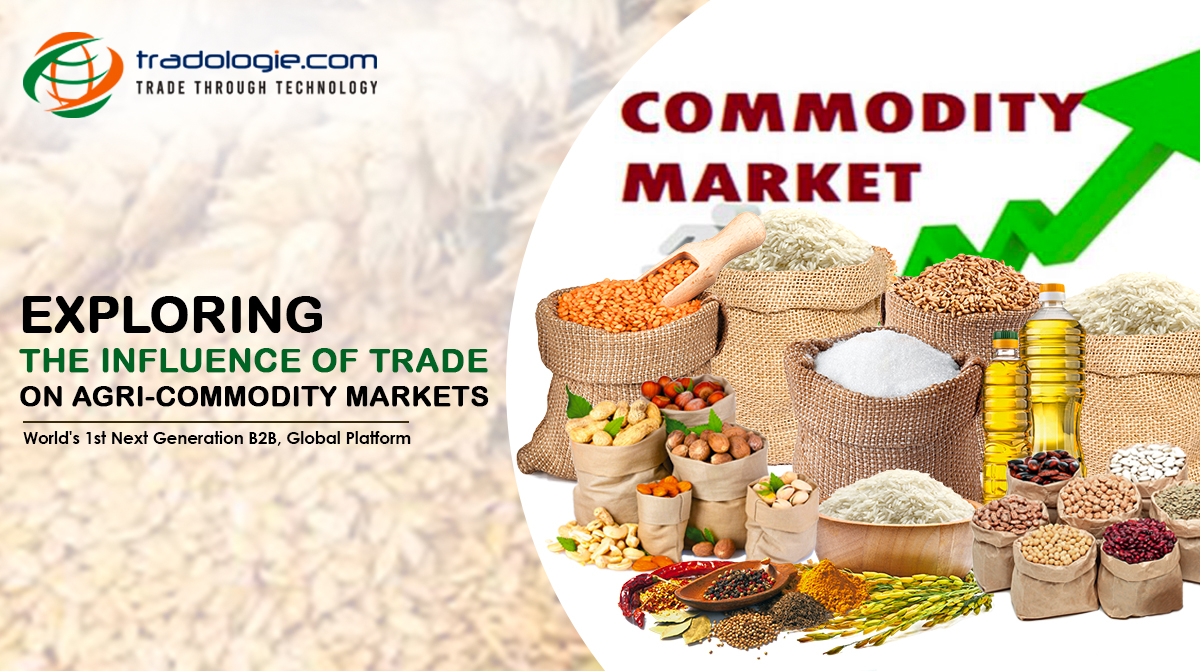 Trade is essential in supplying agri-commodities to consumers all over the world. It contributes to providing greater choice in consumer goods and plays a vital role in reducing food insecurity across the globe.

Over the past decade, international agricultural and food markets have witnessed several changes, which have brought domestic and international markets closer together.

Since 2000, trade-in agro-food products has grown rapidly – faster than in the previous decade, at close to 8% in real terms per year between 2001 and 2014, compared to 2% between 1990 and 2000 – as world markets responded to a more rules-based trading environment, falling tariffs, and reductions in trade-distorting producer support.

Among the developments in agro-food markets, there has been a considerable rise in trade among emerging and developing nations, which are becoming increasingly important as suppliers and customers for agro-commodities. The increased commerce has also resulted in a closer integration of the world’s food chain.

A growing share of agro-food trade is taking place in global value chains (GVCs) – agricultural and food processing value chains that are spread over several countries – linking agro-food sectors and other sectors of the economy from across the world.

The State of Agricultural Commodity Markets, 2020 (SOCO 2020) argues that global trade and well-functioning markets lie at the heart of the development process as they can spur inclusive economic growth and sustainable development, and strengthen resilience to shocks.

“We need to rely on markets as an integral part of the global food system. This is all the more important in the face of major disruptions, whether they come from COVID-19, locust outbreaks, or climate change,” wrote FAO Director-General QU Dongyu in his introduction to the report. (SOURCE – reliefweb.int)

Tradologie.com is the world’s 1st Next-Generation B2B inquiry to delivery trade enabling a platform facilitating trade of Agro-commodities, raw industrial, and construction material, across the globe.

Tradologie.com works by standardizing buyer requirements and arranging live negotiations with verified sellers capable of supplying the buyer on the platform on standardized trade policies which allow for the trade without a phone call or e-mail through the safe conduit provided by Tradologie.com. Global Trade of Indian Pulses: Overview
Chickpeas Production And its Benefits of Consumption