Pulses are a rich source of protein and are consumed in the form of split-grain, whole grain, flour, and dehulled split grain. They are the edible dry seeds of the plants belonging to the Leguminosae family. Different types of pulses are grown in the world. Pulses are categorized into major and minor categories, depending upon the production and world consumption. The world pulse industry showed a substantial growth rate over the last few decades. However, the global pandemic affected the pulse industry in every aspect like production and pulses exports. But, the effect of the corona pandemic on pulses, grain, and oilseed sector was not as bad as compared to the other Agri-commodities sector. 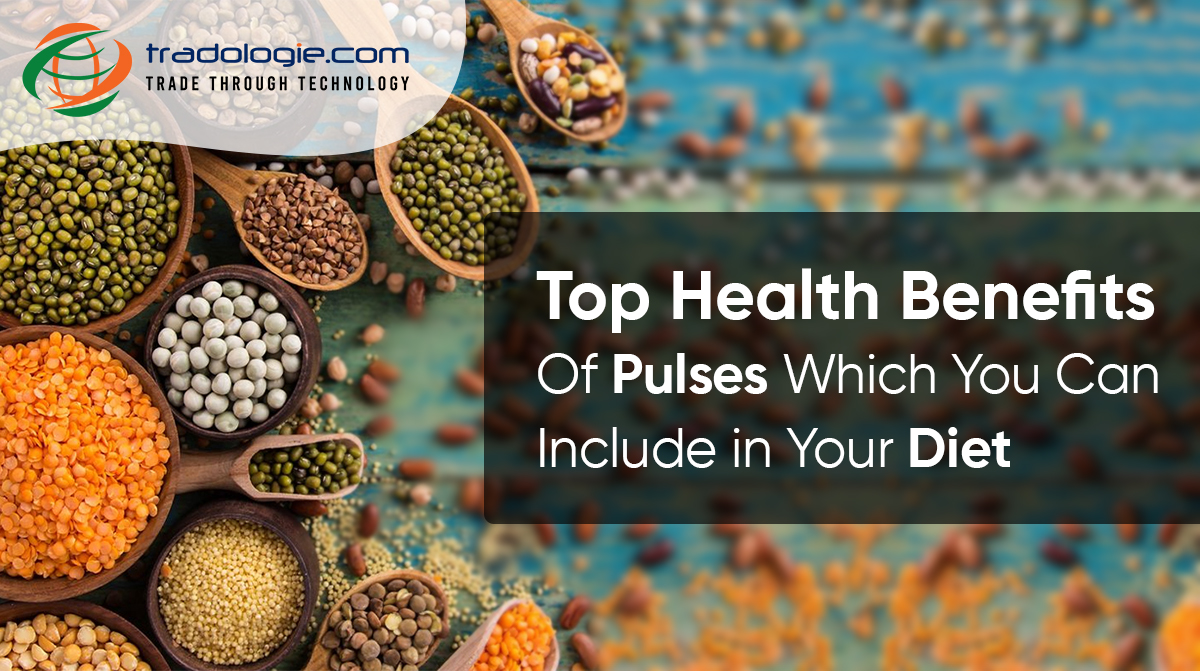 India is well-known throughout the world for its distinct culture and food. The Indian diet is primarily focused on crops and cereals, and wheat, rice, pulses, and other grains are required and preferred in all cuisines. They are also high in nutrients and have a variety of health advantages.

The method of agricultural production that includes a high level of biodiversity with Environmental preservation practices coupled with animal welfare is called Organic Farming. Organic products (Pulses) are always in demand due to sustainable development and fertilizer-free products. Chickpeas are also known as garbanzo beans and are a part of the legume family. Though the commodity has become popular recently, its history dates back to a thousand years in the land of middle-east. In India, it is one of the most common vegetable ingredients. Some of the leading producers of chickpeas in the world are countries like India, Australia, Turkey, Russia, and the USA. Owing to its nutrition and great health benefits, it is finding acceptance among the foreign population. As a matter of fact, chickpeas have emerged as one of the five leading pulses based on sales value. For the past few years, India has been the leading producer of chickpeas. In the year 2018, the country produced almost 11 million tons. Australia accounted for almost 2 million tons while the total global production stood at approximately 18 million tons. Australia, Canada, and Argentina are some of the leading exporters of chickpeas. In India, states with a high volume of chickpeas production are Madhya Pradesh, Uttar Pradesh, Rajasthan, and Maharashtra. Based on high domestic demand, many suppliers have started trading online. Customers can buy chickpeas online without the need to be physically present.   Some of the benefits of chickpeas are listed below- Rapid advancement in technology brought a fresh change to agricultural and commodity trading. A few decades back, agricultural products and commodities trading used to take place at local markets and mandis. Middlemen, intermediaries, and brokers had a large say in the price control mechanism. Tur dal prices have declined by 15-20% from the highs of October while those of other pulses, including masoor and chana, have either stabilized or declined marginally following measures taken by the government.

The easiest way to buy pulses in bulk Pulses hold a very important position in Indian agriculture as they are highly consumed foods in India. The highly consumed pulses in India are Red kidney beans (Rajma), chickpeas, soybeans, turdals, Chana dal, Urad dal, Masoor dal, etc. Now with the advancement of online technology, you can buy pulses in bulk but if you are looking forward to saving some good amount of cash, procuring bulk pulses online directly from the producers and pulses suppliers would be ideal.