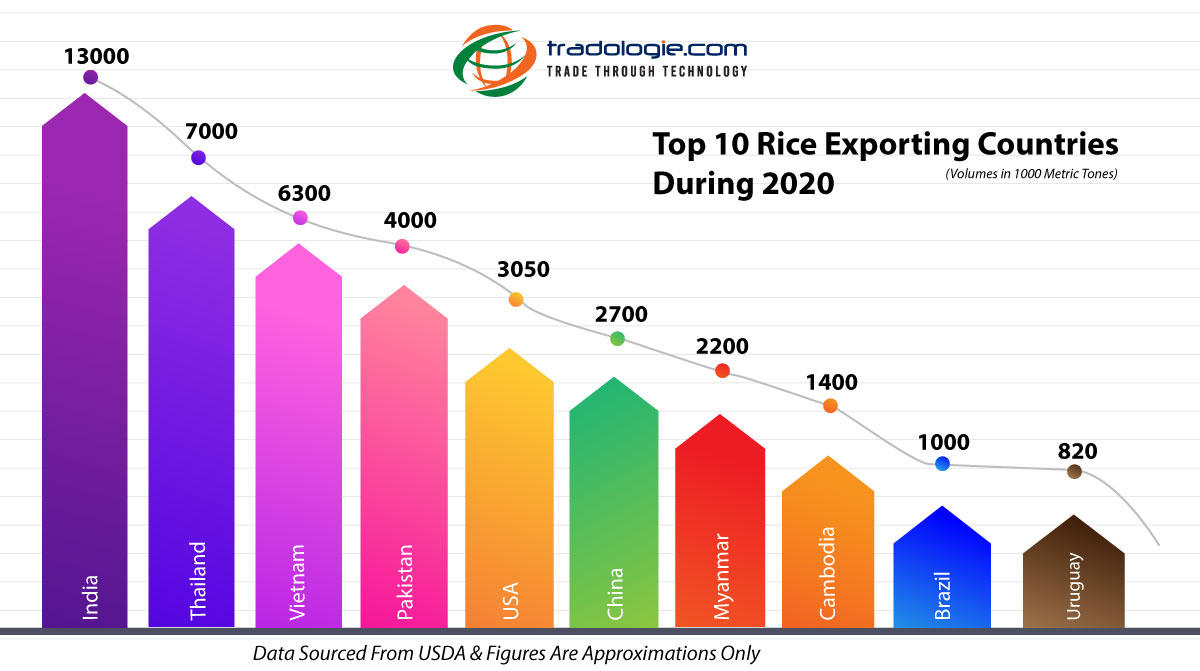 According to a report, the global rice market will be a USD 274 Billion opportunity by the end of 2027.

With countries such as India, Thailand, Vietnam, and Pakistan having the highest export volume of rice globally, Asia is the world’s largest rice exporting continent. Paddy farming is important to these countries’ economic development.

Tradologie.com is the world’s 1st Next-Generation B2B inquiry to delivery trade enabling a platform facilitating trade of Agri-commodities, raw industrial, and construction material, across the globe.

Tradologie.com works by standardizing buyer requirements and arranging live negotiations with verified sellers capable of supplying the buyer on the platform on standardized trade policies which allow for the trade without a phone call or email through the safe conduit provided by Tradologie.com. How to buy Basmati rice directly from the Suppliers?
Top Health Benefits of Pulses which You Can Include in Your Diet